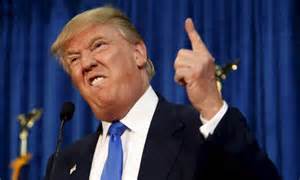 This old gal has lived through three major assassinations, and many major wars: WWII, Korean War, Vietnam War, Gulf War, 9/11 and the current fifteen year slogging through bodies after bodies in Afghanistan and Iraq.  STOP! We have to stop the killing. Stop sending our brave men to die on foreign soils. Stop killing people in places we have no right to be. Stop killing our own people on our own soil.

Now we are facing a presidential candidate who openly advises his gun toting followers to kill his opponent if she happens to get elected. Granted, he didn’t use the word ‘kill’ but his comment was clear enough for any one of his goon squad followers to understand.

I, for one, don’t want to go through the assassinations again. Unless you have lived through a major assassination, it is hard to describe what happens to a nation. First, disbelief. How could such a thing happen in our wonderful nation? Then comes a deep sorrow. Even if you were not a supporter of the victim, a form of PTSD takes over and an overwhelming feeling of sadness that such a thing could have happened in our country to a nationally known figure—a president, a candidate, or a beloved leader. Please note that the Kennedy brothers and Martin Luther King were all liberal, striving for social reforms, trying to make our country a better place to live. Men who had positive messages. After the sadness came shame. We were ashamed for our country. Assassinations only occurred in 3rd world barbaric countries, right? America was civilized, the shining city on the hill where everyone wanted to come. What happened? How had we degenerated into a country that shot its leaders? The answer was right in front of us. People were angry. The American promise was being fulfilled for many, but there were also many who were living in poverty and had to have someone to blame. The African Americans were the obvious targets. They wanted equality and the embittered white men and women of the south had to keep them down in order to inflate their own self-worth. George Wallace’s rhetoric eventually led to the death of many civil rights leaders

Yes, I remember George Wallace was shot also. By Arthur Bremmer, a white man seeking fame. Wallace lived. Few outside of the south mourned the man of hate who spewed messages of violence. It was ironic that the man who preached violence against blacks and defended segregation with force, was killed by a white man with no political agenda.

Now there is another man preaching hate, violence, misogyny, bigotry, isolationism, and working hard at turning one group against the other. He is nurturing the seeds of violence with words like “the election will be rigged” and hopes the 2nd Amendment (gun toting) crowd will take care of things if Hillary is elected. He encourages chants at his rallies of jailing her, and sounds of ‘kill the bitch’ and ‘lock her up’ echo through the stands filled with his supporters. He makes continual offhand comments about violence to protestors. Taking his past comments into account, here can little doubt about his message.

In my opinion, probably 95% of his supporters are not going to take up guns and create a coup d’etat. But I’ll bet there is a 5% who really love to hate, love the feeling of power they get from their big guns, and want the hard on they get from just thinking about putting a bullet in the bitch’s forehead.  Maybe only a ½%  out of that might actually consider planning their kill.

But isn’t that enough? If Trump has two to three million hopped up supporters, and half of them have guns available, and only a half of one percent of those with guns want to plan and try to carry out an assassination, that means there can be 5,000 to 7,500 lunatics trying to figure out a way to kill Hillary. This is why this kind of running off at the mouth is so dangerous and should not be easily dismissed.

Taking Trumps 2nd Amendment crack as a joke is ill advised if you consider the number of assault weapons now owned by Americans—the current estimate between three and four million. An estimated total of three hundred and ten million (310,000,000!) weapons owned by the general public!  There can be no joke when you are speaking to a group this large with both ownership and ability to carry out substantial damage.

It makes my head spin to imagine a man with this loose talk becoming president of the United States. He MUST be stopped. We MUST enact gun control.

I only hope all the candidates live to see the election. Trump MUST lose by such a landslide he disappears back into his gilded rat hole in disgrace. His supporters MUST be given a very clear message that what they support and how they support it is unacceptable in the country once referred to by their god Regan as “the shining city on the hill.”